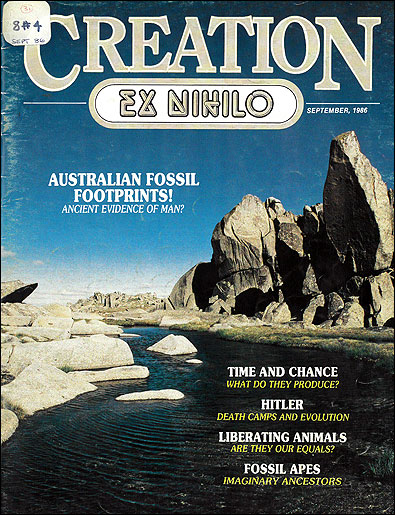 The evolution of a monster!

When Charles Darwin proposed his theory of evolution, it was hailed by many as the end of any scientific justification for the existence of a Creator God. Science was now freed from having to conform to ‘outdated’ Biblical ideas. In the resulting vacuum of religious authority, men such as Darwin’s agnostic cousin, Francis Galton, founded a new religion based on the idea of improving the human race according to the theory of evolution. In 1883, Galton called this improved-race idea ‘eugenics’.1

A group arose called the ‘Social Darwinists’ and, taking their cue from evolutionary theory, they divided humanity into the ‘fit’ and the ‘unfit’. Eugenics was seen as a way of making sure that the ‘fit’ had children and the ‘unfit’ did not. Books on eugenics were written by scientists which argued that the most humane method of preventing reproduction of the unworthy was a ‘gentle, painless death’.1 It was claimed ‘where the life of the state is threatened [by the presence of mental defectives] extreme measures may and must be taken’.2

The leaders of the eugenics movement, using evolution as their justification, caused sterilisation laws and immigration restriction laws to be enacted during the 1930s.

In Germany, the leaders of the eugenics movement, using evolution as their justification, caused sterilisation laws and immigration restriction laws to be enacted during the 1930s. Immigration should be limited, they said, owing to the ‘biological inferiority’ of people from southern and eastern Europe.3

The racism of such leaders was founded on evolution, and the German people were being prepared to regard themselves as the superior race.

Many scientists came to see the promotion of eugenic programs as almost a religious duty imposed by the theory of evolution.3 Leading eugenists became Nazi officials, and the eugenics movement in Germany became totally interwoven into the Nazi system. Eugenics became the scientific justification for Hitler’s extermination program.3

Evolutionists must accept the fact that their favourite idea, ‘the fact of evolution’, was the basis for eugenics, which led directly to Hitler’s death camps.

Many scientists had seen the dangers. In 1916, Franz Boas, Margaret Mead’s trusted counsellor, had issued a condemnation of eugenics in the November issue of The Scientific Monthly. This began a split in the biological science community, with Boas as the leader of the group that believed that social stimulus was much more of a determining factor than genetic inheritance. He warned that the idea of eliminating the unfit was not a panacea that would cure human ills, but a dangerous sword which might well turn against those who relied on its strength.4

In the 1920s, ironically, eugenics as applied to humans was found to be incorrect owing to a misunderstanding of Mendel’s laws of heredity. Humans were more complex than the peas which were the basis of Mendel’s experiments.1 Apparently, however, many eugenists had made a religious commitment to the movement sufficient to continue expansion of eugenic ideas. Statements were still being made in 1940 by top American scientists about the ‘inexcusable process of allowing the feeble-minded to reproduce their kind’.5

Modern-day apologists for evolution might say that eugenics was a perversion of evolution. But the fact remains that this ‘perversion’ became very popular. It could become popular primarily because evolution had seemed to do away with the need for a sovereign Creator with absolute moral laws. And the ‘good’ evolutionists had no right to say that the ‘bad’ eugenists were wrong, since change—not moral law—was the only constant. There was no foundation on which to base their argument for the immorality of ‘eugenic selection’—that is, sterilising or removing those judged to be unfit—except their own intuition. However, they could not expect the eugenists to yield to intuition.

After the world had seen what Hitler was actually doing, and the lengths to which he was taking his ‘super-race’ idea, the history of eugenics was promptly forgotten. For instance, a 1971 book on genetic improvement titled The Heredity Factor did not mention the word ‘eugenics’. A history of genetics given in the book, beginning with Darwin, gave no hint of the existence of anything called ‘eugenics’, although it gave a glowing review of the contribution of Francis Galton to genetics.6 The popular encyclopedia, World Book, had an article under the heading ‘eugenics’ in the 1955 edition which explained how eugenics led to Hitler.7 In the 1983 edition, all reference to Hitler had been deleted.8

Hitler did not form his ideas in a mysterious vacuum, which is the impression that history books give us. He was instructed by the idea called ‘eugenics’, which was derived from the so-called ‘fact’ of evolution by a cousin of the originator of the scientific respectability of evolution.

As much as they wish that the general public would forget all about eugenics, evolutionists must accept the fact that their favourite idea, ‘the fact of evolution’, was the basis for eugenics, which led directly to Hitler’s death camps. The idea of an evolutionary theory, which Darwin timidly proposed, was seized upon by many men of great intellect and forced on the scientific world as fact. The motivation of those men should be clear—by excluding God and accepting themselves as members of the evolutionary superior species, they decided they could be as God.

Media analysts sometimes use Hitler to give warnings of the dangers of religious zeal. It is interesting that the ‘religious zeal’ that really contributed to the rise of Hitler—zeal for evolution as fact—is never associated with him.

Hitler’s case teaches us the danger of denying the existence of a sovereign Creator, who judges disobedience to His law. To be sure, Hitler believed in gods, but not the Creator God of the Bible. Even so, the basis for his actions had been laid down before by those men of great intellect who so eagerly promoted the idea of eugenics which had no real place for any religion except secular humanism.

Geneticists and others in the scientific community are quite aware of the history of eugenics, but somehow it never gets into print, especially with the logical connection of evolution with eugenics, and eugenics with Hitler. These men are knowingly forgetting history and dooming themselves to repeat it.

Evolution and the Holocaust
CA $14.00
DVD 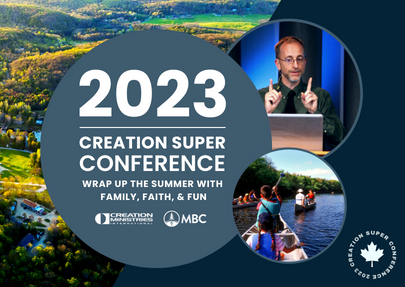