Flood legends, and creation in the science class

This week we have two feedbacks. The first is from N.O. in Sweden, who asks Dr Jonathan Sarfati about how the ancient Flood legends relate to the account in Genesis 6–9. The second is from an Australian Correspondent B.H. who accuses CMI of cheapening science with creationism. Dr Tas Walker ably explains why this is not the case.

N.O. from Sweden submitted this enquiry:

Goodly CMI, I like your homepage and give you my thanks for it. But now, I feel it is time to give you an email which I hope you will answer as fast as you can (if you want, and I hope you do). What we deal with in this letter is the history of Noah’s Ark, looking deeper into the matter

I guess you have got tired of all the skeptics who tell that the story of Noah’s flood was borrowed from the 2 Babylonian stories “Atra-hasis” and “the story of Gilgamesh”, but I want to discuss them with you about.1 “Atra-hasis” dates back to at least 1600-1700 BC,2,3 more than a millennium before the Bible was written,2 and it’s maybe even older than that,4 which makes it understandable that people who deny the Bible say, “This great tall story was known long before the Bible”. You suggest that Noah’s Ark was far better designed than the huge cargo Gilgamesh built, but this does not prove that Genesis flood story is older. Another thing was an article I read on an anti-creationist site.5 This article says there is evidence that the Genesis flood was inspired by 3 or 4 major flood legends, and not as typical for the Bible as we might think. With this, it feels for me like Noah’s flood is a story we have borrowed from ancient cultures, not that they remind us of the story of Noah. Some scholars believe the Jews learned the story when they were jailed (which the Old Testament tells us about).6

Also, it’s like a war between skeptics and creationists about whether Noah was able to fill the Ark with all kinds of animals or not. We must include, not only modern land living kinds, but also all extinct forms, which makes it even more difficult. Fellow creationist J. Woodmorappe wrote the book “Noah’s Ark: A Feasibility Study”, which has been criticized by Mark Isaak. Dr Jonathan Sarfati wrote a defending paper to this, but other skeptics says the reply from Sarfati is flawed. Haven’t you been told that before?

I hope you want to reply to this mail some day, and give the reason.

A claim like “ other skeptics says the reply from Sarfati is flawed. Haven’t you been told that before?” is just a fact-free assertion. A good rule of thumb: the atheopath is always wrong.

The Ark was easily fillable with all the kinds of land vertebrate animals, even if we assume that the kind was as narrow as the modern taxonomic ‘genus’.

The Ark was easily fillable with all the kinds of land vertebrate animals, even if we assume that the kind was as narrow as the modern taxonomic "genus". It was more likely as large as the family, given that we know of fertile hybrids between different genera (See Ligers and wholpins? What next?).

How do you know the dating was right? Also, Moses edited Genesis from clearly much more ancient documents, as shown by a number of editorial comments where he is explaining certain things to his contemporaries.

About the relative age, it’s also a question of why the Genesis Ark was much more stable: Genesis records an approximate rectangular prism that was also a very stable shape, while Gilgamesh has a cube that is a ludicrous shape for a ship. It’s really simple: a cube has only one dimension and is more regular, so as the legends were corrupted, the original three dimensions (length, width and height) were lost and the more easily memorizable one dimension of a cube was transmitted. And not only were the extra two dimensions lost, but also the reason for them in a non-seafaring culture.

Here is B.H.’s letter, exactly as submitted to us:

Regarding the “Australian Christian schools in creationism row” article of 9th march 2010, how is the teaching of religion in religious classes threatening anyone’s religious freedom?

From where I sit, having just passed through Victoria’s state school system myself, the only threat to religious freedom would come from the teaching of creationism, or intelligent design, or any "theories" including god OR a "designer" as any kind of science, in the context of anything but religious classes.

How dare you attempt to dilute the education of our children by spreading this obvious religious nonsense under the guise of science.

How dare you attempt to cheapen the very concept of science itself, a bedrock of our modern society, by masquerading your creationist dribble as a part of it.

How dare you insult Charles Darwin, and every legitimate biologist, biochemist and scientist to come after him, by claiming as untrue a theory you yourselves cannot even understand.

How dare you try to present your religion as anything but religion.

I’m not sure that you were looking for a reply from us, but you seem to be quite concerned with the prospect that creation should be taught in science class. I’m not sure why you see it as such a personal threat.

If you have just been through the Victorian system, did they explain to you that science is a formalized way of knowing, of determining truth? The whole point of science is to break the stranglehold that truth is determined by some authority, like the government. That is, some authority says what is or is not true and then everyone else has to accept what that authority says. That is a recipe for a totalitarian state. The point is that the scientific method teaches how each person can test the truth of a proposition for themselves by experiment, observation and logic rather than simply because the teacher, or the government, said so. This has been a very powerful method for discovering truth and breaking the negative stranglehold of wrong ideas.

Did they teach you in the Victorian system the difference between Operational science and historical science, and about the different nature of the evidence we have available for those two questions? If not, perhaps you would like to search for articles on our website on those topics (See Science Questions and Answers). It is crucial to this issue.

So, I don’t see any problem with different ideas being proposed and tested in the science class, including the possibility that life has been designed. After all, that is what science is all about. I am sure that you would not want the government to pass a law saying what possible answers can be considered by scientists and what cannot.

I believe we were created by God. That is not religious dogma. It is a position for which there is strong scientific evidence.

When it comes to the question, “Where did I come from?” there are two possible answers. Either you are the result of natural processes involving evolution over a long period of time, OR you are the result of creation; of design. How would you determine which answer is true? It’s a big question and it affects a lot of things about your life. Are you going to take someone’s word for it, or are you going to check it out for yourself?

I believe we were created by God. That is not religious dogma. It is a position for which there is strong scientific evidence. You don’t have to agree just because someone said so, but you can check the facts for yourself—and that is what science is all about. 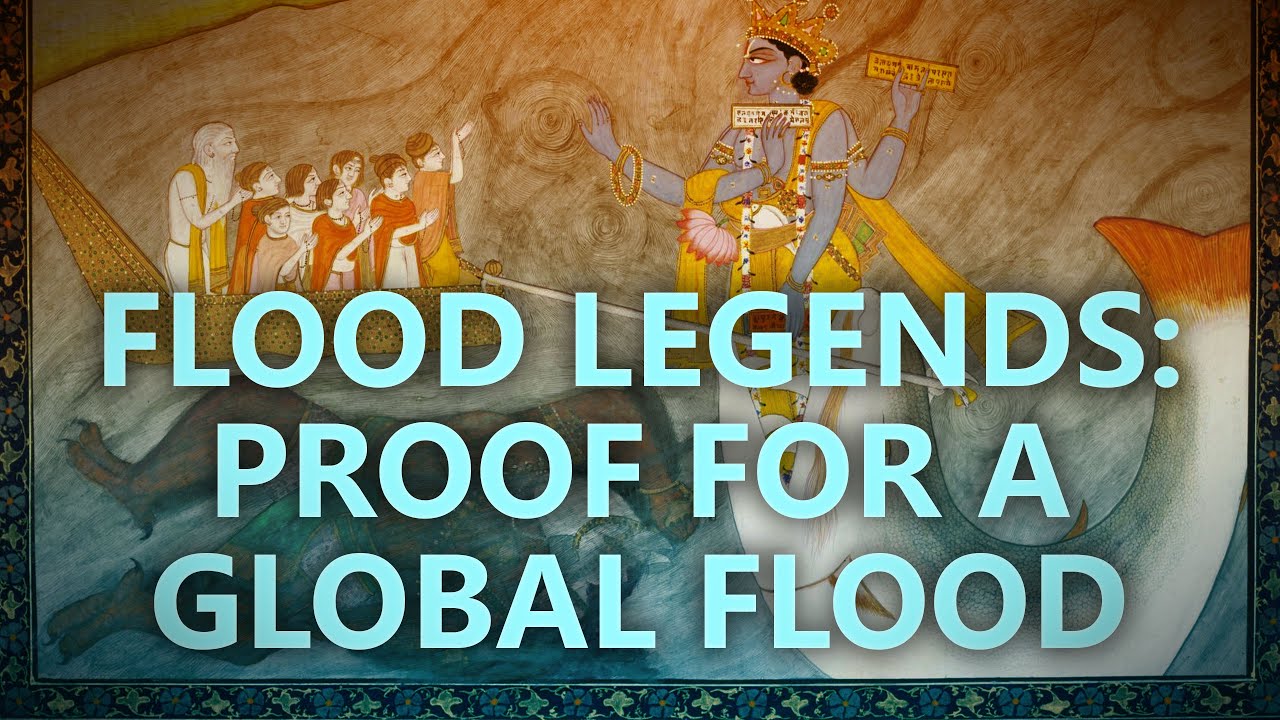 How Textbooks Mislead
US $5.00
MP4 Video

Refuting Evolution
by Jonathan Sarfati
US $6.00
Soft Cover
How Textbooks Mislead
US $5.00
MP4 Video
How Evolution Hurts Science
US $10.00
DVD