An atheist argues for disbelief

In a response to our article, “The hardest ones to reach …”—which looked at the influence of evolutionary/atheistic teaching throughout the education system—a reader’s comment reflects how impactful such indoctrination is.

In pointing out that casting doubts on such things as soft tissue findings would not persuade her, Meg W., wrote:

Firstly, I don’t think people’s reluctance to engage in a discussion of Christianity can be reduced mainly to the effects of teaching evolution. I am an atheist but I am only minimally interested in the details of evolution, and feel similarly about physics, astronomy etc. For me personally then, evolution is not central to my disbelief in the Christian god (or any god). You may find others are the same—so why you might be able to engage someone in a conversation about this, attempting to cast doubt on soft tissue findings or whatever won’t be persuasive in many cases.

Also, in terms of schooling - I would say it is not evolution specifically, but more likely a teaching of the scientific method and critical thinking skills, and the increased general awareness of the world around them that leads to many people leaving a faith or religion once they graduate (i.e. children are naturally more impressionable).

Also, I realise that you believe “No one is beyond God’s reach”, and I am unlikely to dissuade you, but think of it like this. How likely am I (or anyone else) to pursuade you that God does not exist? Or that in fact the god of another religion exists but yours does not? What evidence or proof would you need, to discard your faith? … I imagine you believe yourself to be impervious to pursuasion. Well I and many other atheists feel just as strongly about our own conclusions. I base my disbelief on scientific, but also logical, moral, and philosophical grounds.

One last thought—if you want to engage atheists or agnostics, you can’t just talk about salvation and quote the bible. We don’t believe the bible, so if you approach people like this, expect the walls to come up.

It sounds like you are an example of someone who believes in evolution simply on faith.

Hi Meg, thanks for your email.

All thinking atheists must believe in evolution to explain how they got here without God (there is no third option for origins). So evolution is the central belief of all atheists. See: What all atheists have to believe

Not being interested in the details of evolution, it sounds like you are an example of someone who believes in evolution simply on faith (likely faith that others have shown it to be intellectually sound, etc). You’d believe it regardless of whether it has good evidence or not. See: Atheism needs evolution

Much like many Christians who simply believe what they believe but can’t defend or explain it, etc. Most people believe their faith position that way.

That’s why showing many atheists soft tissue, etc, won’t cause them to change their minds, because they don’t care what the evidence shows, they are committed to their faith position and aren’t open minded to changing their position.

As for schooling, if it were the scientific method and critical thinking that persuaded people as to their faith position (rather than indoctrination) then showing people that evolution is not derived from the scientific method (what repeatable, observable test can you set up in a lab showing me ape-like creatures turning into people for example?) and that critical thinkers should be able to determine that soft tissue doesn’t last for 70 million years, or that coded language systems cannot arise from inanimate matter; would cause people to reject evolution.

It is because schools constantly indoctrinate students to believe unscientific things like living things just ‘make themselves’ (that hydrogen gas turns into people if you give it enough time) that children accept it.

The chance of you being persuaded away from atheism is likely quite low, as people have a natural inclination against God. But I was once an atheist, and we know it happens all of the time. Atheists typically describe themselves as ‘free thinkers’ and people who are ‘open minded’ (although I find most are not) so one can only pray that God will open their eyes to the truth.

What repeatable, observable test can you set up in a lab showing me ape-like creatures turning into people for example?

And logic isn’t being used if you don’t examine the particulars of the arguments either. Actually, atheists can’t account for logic in their worldview. Where does a universal, unchanging, immaterial entity like logic come from in a universe that is supposed to be derived from matter and energy that is constantly changing?

Atheists also cannot account for morality, as determining right and wrong requires a standard on which to judge why something is more or less ‘right’ or ‘wrong’ than something else. What is your standard for right and wrong in an atheistic worldview? (Note that I am not saying an atheist cannot live a moral life without God, I am just saying the morality they live by is not derived from their ‘might makes right’/survival-of-the-fittest evolutionary worldview).

One last thought, the Gospel is the only thing that matters, otherwise who cares? That is why we talk about things like science, logic, critical thinking, philosophy, etc. Because we pray that God would show non-believers that their worldview makes no sense under the very framework they live by, and that salvation through Christ can save them from eternity in Hell because of their rejection of their Creator. 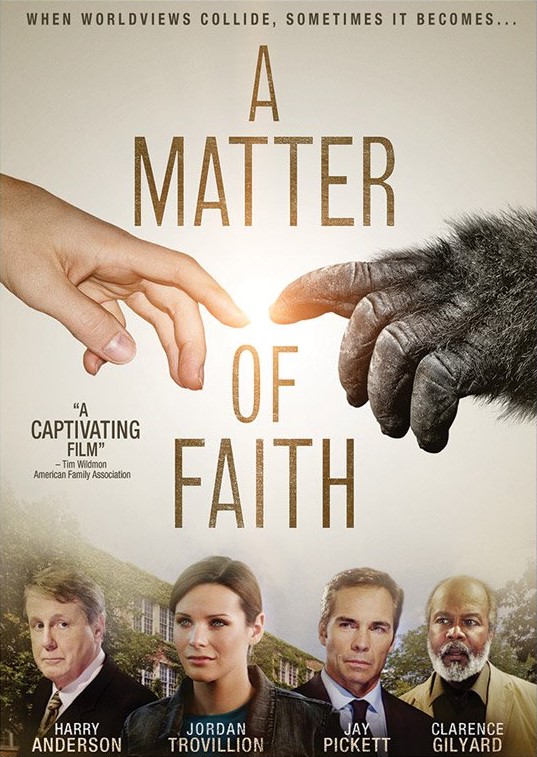 A Matter of Faith movie
US $12.00
DVD
Refuting Evolution
by Jonathan Sarfati
US $12.00
Soft Cover
Evolution's Achilles' Heels
by Nine Ph.D. scientists
US $17.00
Soft Cover
In the Beginning was Information
US $5.00
MP4 Video