By faith … we understand!

The ‘hall of faith’ in Hebrews 11 is one of the passages that Christians are most familiar with. It is inspiring to look at the recounting of the biblical heroes, and spurs us on to greater faith. But the first example of faith that the author recounts is one practised by all believers. Hebrews 11:3 tells us:

“By faith we understand that the universe was created by the word of God, so that what is seen was not made out of things that are visible.”

There is a lot of content packed in one small verse which is worth looking at in more detail.

When we understand the doctrine of creation, we will apply it to all areas of our thinking.

There are many truths in Scripture that we can only arrive at through special revelation. Nothing in nature would cause someone to arrive at the doctrine of the Trinity; we believe it because it is clearly taught in Scripture.1

Likewise, nothing in nature would lead us to the absolute truth that God created in an orderly process over six 24-hour days. Our own human reason cannot lead us to this truth, either. We must believe it by faith. This does not mean that science has nothing to say about the matter, only that it cannot reach back to the first days of history and tell us what happened. Only an eyewitness can do that, and God was the only eyewitness to creation.

There is a great deal of scientific evidence consistent with six-day creation—but such evidence can never prove either creation or evolution, due to science’s built-in limitations. It is not even enough to have ‘an eyewitness’ when the truths one is proclaiming are so important for our lives that we are literally staking our eternal existence on their trustworthiness. It requires an infallible, divinely-inspired record, which is what we believe the Bible is.

But the faith to which we are called as Christians is not ‘blind faith’. There are good reasons to believe the Bible’s record, and we engage our minds as we think about this doctrine of creation. We apprehend what it teaches us about God, His nature, and our relationship to Him, as well as our relationship to the rest of nature. When we understand the doctrine of creation, we will apply it to all areas of our thinking. For instance, because human beings are created in the image of God, human life is sacred, so we will be pro-life and anti-slavery.

Because we are the stewards of creation, we will take reasonable steps to preserve the environment, without crossing the line into ‘geolatry’. We could multiply examples; in short, it will affect our thinking in every aspect of our life and worldview.

It is also noteworthy that the ‘we’ in Hebrews 11:3 is talking about believers. This is a truth that is not accessible to people who are not in the right relationship with God, because they have rejected the revelation that would have taught it to them. The idea that faith is preliminary to right knowledge is not new to the author of Hebrews. Much earlier, Scripture stated that “The fear of the Lord is the beginning of wisdom” (Psalm 111:10; Proverbs 9:10). This means that “the fear of Yahweh is where we must begin, if we are to have any hope of gaining wisdom.”2

The only way we can understand the true history of the world is by faith; by trusting in the true God who has revealed Himself to us through Scripture.

Creation through the Word of God

Because He is the Creator, God is the source of everything that exists. Unlike in pagan creation myths, however, God did not create the world as the outcome of a war with other gods; He created the world by His Word. He spoke, and what He commanded to come into being, began to exist. Scripture uses God’s identity as Creator to contrast God, who created humanity, with false gods, who are created by humans.

The New Testament, of course, teaches us that Jesus is the Word of God incarnate (the logos, John 1:1).3 Jesus claimed to be with the Father before creation, and He is the agent of that creation. In light of this fact, it is even more important that we believe what He says about creation, and Jesus Himself referenced God creating the world (Mark 13:19).4

Visible out of invisible

If the creation was not made out of visible things, it had to be made from something not visible—the Word of God. And Scripture teaches that just as it was created by that Word, it continues to be dependent on the Word for its continued existence: “For by him [Jesus] all things were created, in heaven and on earth, visible and invisible, whether thrones or dominions or rulers or authorities—all things were created through him and for him. And he is before all things, and in him all things hold together” (Colossians 1:16–17).

Examples of faith in the unseen

The author of Hebrews goes on in the rest of chapter 11 to recount examples of Scriptural heroes who had faith in the unseen. Noah had never seen a global Flood; yet he believed God and built an ark which saved him, his family, and the animals. Likewise, Christians today believe in Jesus, whom we have not seen, but we trust Him to save us from judgment. Abraham went out to a land that he had never seen. Yet the author of Hebrews says that Abraham was looking forward to an even better country—the New Jerusalem (11:10, 16).

Materialist scientists pride themselves on only trusting what they can see and test in a lab. But they are either lying or deluded. They believe in things like the big bang, past climate scenarios, evolution and many other things, real or otherwise, they have not seen. Second, they are only personally capable of ‘doing science’ in their own field. A biologist must assume that the chemists, physicists and other scientists on whose work his own research depends have done their own jobs correctly. And given that less than half of peer-reviewed published scientific research can be replicated,5 it seems that many put far too much trust in ‘science’.

Faith in an unbelieving culture

It can be difficult to ‘go against the current’ of the culture, which is thoroughly evolutionized. Creationists are considered so wrong in many areas as to be worthy of only mockery, not serious intellectual engagement. There is thus a real temptation for many Christians to compromise on God’s revealed Word so as to be accepted in an evolutionized world.

However, the Bible’s record reveals that God rewards those who trust His Word, especially against a hostile, disbelieving culture. This does not mean having blind faith, but rather trusting God’s promises based on what we know to be true of His nature. Christians trust Jesus with our eternal destiny based on the testimony of Scripture; shouldn’t we also trust the same book when it tells us why we need to be saved in the first place? 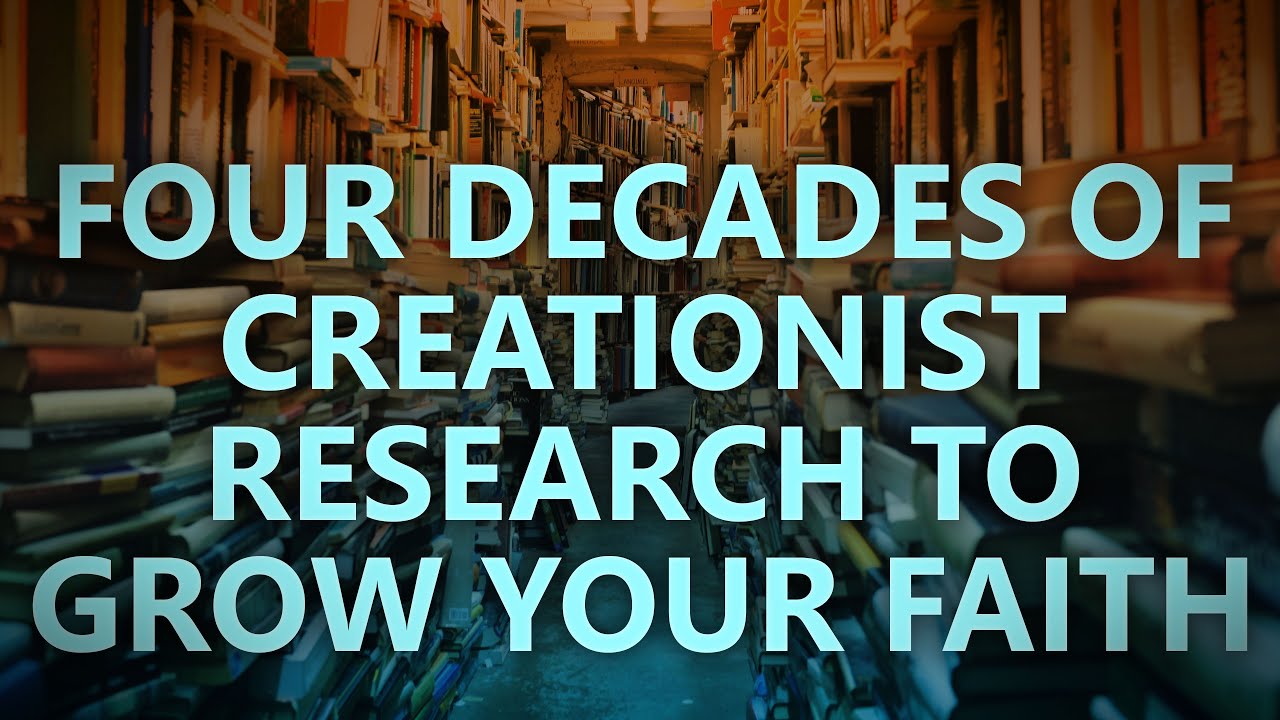 Four decades of creationist research to grow your faith 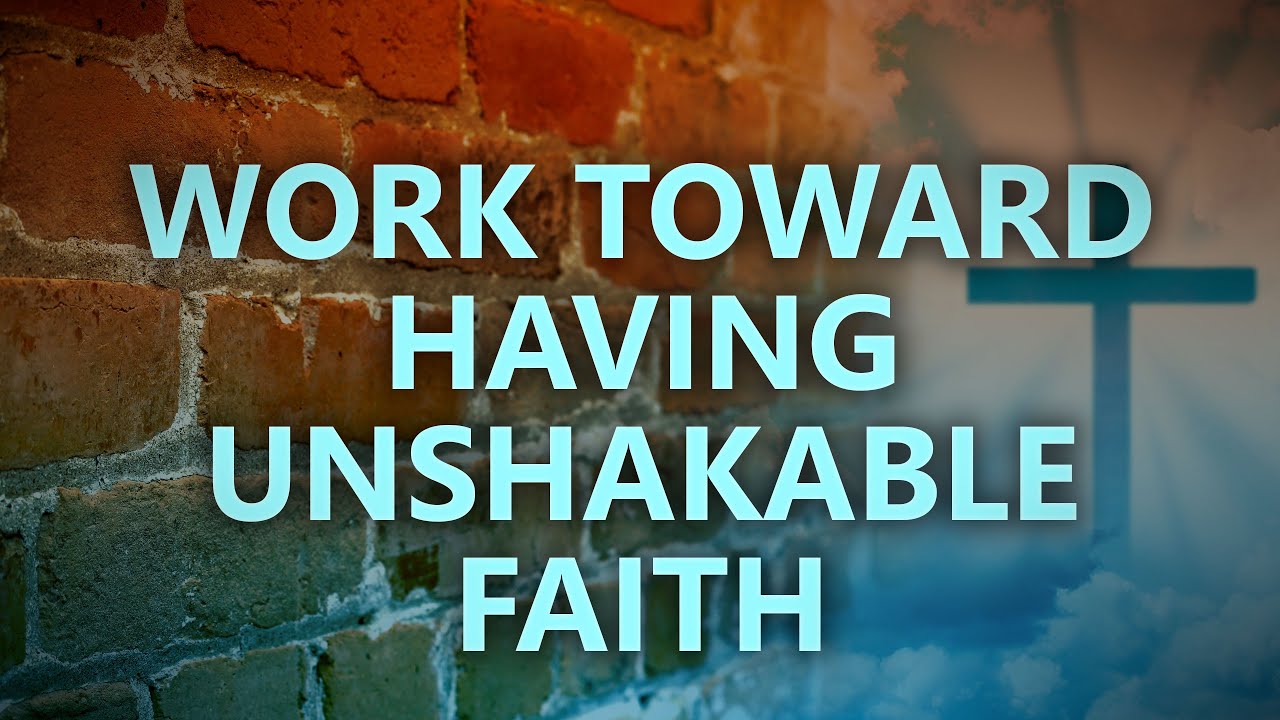 Work toward having unshakable faith