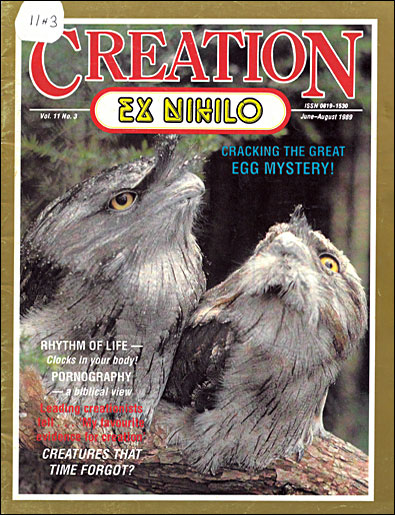 ‘Nevertheless, it moves!’: Copernicus, Galileo, and the theory of evolution

The statement is sometimes made, not only by skeptics, but also occasionally by well-meaning Christians, that, because the Church wrongly opposed the scientific theories of Copernicus and Galileo in the sixteenth and seventeenth centuries, therefore Christians should not oppose the theory of evolution today. Is this a valid comparison and a logical conclusion?

History being what it is, some details of the Galileo story are disputed, including the title of this article (Galileo is supposed to have muttered something like this after he recanted). However, the broad outline is as follows.

A theory has become more important than the evidence necessary to sustain it.

The Church fathers of the Middle Ages, in the absence of any substantial scientific views to the contrary, adopted and taught as dogma the theory of Ptolemy of Alexandria (ad 85–165) that the earth was the centre of the universe, and that the sun, moon, planets, and stars all revolved around the earth in a series of inter-nesting spheres. This is called a geocentric or earth-centred system, and is known as the Ptolemaic theory or the Ptolemaic system. Although the Bible is not specific about which revolves around what, the Latin fathers thought that verses such as Psalms 19:6 and 93:1 supported Ptolemy’s views.

In the sixteenth century, a Polish Latin scholar named Nicolaus Copernicus began to have other ideas. Although he had no telescope, he concluded from his visual observations and calculations that the earth was not the centre of the universe but only of the moon’s orbit, that the earth rotated daily on its axis, and that it revolved annually around the sun. In 1514, he circulated among friends a short paper summarizing these ideas. His theory challenged the Church’s teachings that the earth was the centre of all change and decay and that around it was the changeless universe.

To avoid controversy, Copernicus put off publishing the full mathematical description of his heliocentric (or sun-centred) system until, in 1540, he permitted a friend to take the manuscript of his great work De Revolutionibus Orbium Coelestium (On the Revolutions of the Celestial Spheres) to Germany for printing. He received a copy on May 24, 1543, and then, showing a fine sense of timing, died the same day.1

The real controversy came with the work of Galileo Galilei (1564–1642). In late 1609 and early 1610, Galileo, then a professor of mathematics at the University of Padua, was the first person to confirm the Copernican system by using the telescope. He improved the simple telescope by building an instrument of threefold magnification, and further quickly improved it to a power of 32. With this he observed (inter alia) the movement of sunspots across the face of the sun. This, he maintained, proved that Copernicus was right and Ptolemy wrong.2

In 1616, Galileo was ordered by Cardinal Robert Bellarmine, the chief theologian of the Church, that he must henceforth neither “hold nor defend” this doctrine, although it could still be discussed as a mere “mathematical supposition”.3 Then, in 1632, Galileo published his great work Dialogue Concerning the Two Chief World Systems—Ptolemaic and Copernican.

For this he was hauled before the Inquisition in Rome on “vehement suspicion of heresy”. He was found guilty of having “held and taught” the Copernican doctrine and, on June 21, 1633, was ordered to recant. The next day he recited a formula in which he “abjured, cursed and detested” his past errors. His sentence carried imprisonment, but this was immediately commuted by the Pope to house-arrest, which remained in effect for the last eight years of his life.3

So then, in the light of the above, should Christians oppose the theory of evolution today?


As well as the above points of difference, there are also, sadly, some similarities between the scientific and theological viewpoints of Galileo’s day and those of today.

As with all erroneous theories, there were some things that the Ptolemaic system did not explain, such as the apparent backwards-and-forwards motion of Mars across the sky. To account for this and other anomalies the geocentric astronomers invented a complex system of planetary movement involving large circles called deferents and small circles called epicycles. By the sixteenth century, this system had become so vast and fantastically involved that Copernicus wrote in the Preface to De Revolutionibus that the astronomical tradition that he inherited had finally created a monster.6

Today, there is no experiment that any evolutionist has ever done (much less a repeatable one) either to observe or to confirm the theory of evolution.

Yet so ingrained had the idea become that the earth was the centre of the universe that hardly any of the astronomers of the day heeded the growing unreality and impossibility of the whole system. The theory had become more important than the evidence necessary to sustain it.

Today the theory of evolution has assumed a similar state of fixation in the minds of those who espouse it. Some biologists, knowing that the crucial evidence of transitional forms is totally missing from the fossil record, have invented ‘hopeful monsters’ in an attempt to leapfrog the gaps, rather than admit that the theory is wrong. Once again a theory has become more important than the evidence necessary to sustain it. [Editorial note, July, 2014: For a discussion of ‘hopeful monsters’, as promulgated by Goldschmidt and Gould, see the author’s article Which came first: the Archaeopteryx or the dinosaur egg?.]

Theologically the sixteenth-and seventeenth-century Church was clearly in the wrong, because it was using an outside or extra-biblical worldview (the Ptolemaic) to force a particular interpretation on to Scripture. Theistic evolutionists today are similarly in error when they begin with the extra-biblical evolutionary world view and then try to force this on to the Bible.

The lesson of Galileo is not that the Church should not oppose the theory of evolution, but that it should. It is ironic that the Church today, by and large, has not learnt the lesson of history and still insists on taking a popular worldview as its authority, instead of allowing the Bible to be its own interpreter. When this latter course is followed, the biblical evidence does not allow evolution/geologic column ideas at all. And by sticking to this principle of interpretation we avoid making dangerous errors in both science and hermeneutics.

The Christian Roots of Science
US $10.00
DVD