Have scientists proved that the earth is old?

We sometimes still receive handwritten letters from inquires and critics. This means that the response must also be a paper letter. But sometimes they can also be instructive for our website.

I just read your article on the importance of the age of the earth. It seemed to me you are uniformed at the reasons (plural) that scientist (even those who are Christians) believe in an ancient earth. Either that or you are intentionally simplifying the issue.

An article I read by a Christian (who believed the Bible), said there are 28 different tests they can do to age something. While there is some error, which creationists emphasize, it is a known phenomenon and affects only 3% of the tests. The other 97% get more and more accurate with improved technology. Isotopes and half-lives. The author said there has never been any evidence that these are unknown variables. In fact an atomic clock, accurate to 1 second ever 2,000 years is built on the understanding of atomic degradation. Diamonds are always turning into graphite at the same rate.

I do not believe the scientific conclusion for the age of the Earth. If Earth were 4 billion years old and plants some 1 billion years old, weeds would have taken over everything by now. All we would have would be noxious ‘invasive species’. Nonetheless the young Earth creationists don’t have any method of measuring the half-life of isotopes that vies the answers they get from reading the Bible. Scientists have traced the tree rings back 15,000 years, I think it is. This fits neither theory.

At one time church officials said we had to believe the earth is flat to believe the Bible. After all, it speaks frequently of the 4 corners of the earth. We do not want to be like those theologians, hiding their heads in the sand, denying all scientific evidence to the contrary.

I don’t know how old the earth is, but I can’t help but notice that you did not address the real evidence for an old earth in your article.

Thank you for writing to CMI.

There is good evidence for an episode of accelerated decay. This is from evidence that much decay has happened in a sample, but there are clear constraints on the time frame over which this occurred.

Actually, I and many of my colleagues are Ph.D. scientists who don’t believe the earth is much older than 6,000 years. So arguments from authority such as “scientists believe in an ancient earth” just don’t work on us, and neither should they work on anyone else.

Without knowing what article you refer to, it’s hard to comment. But one of my colleagues, also a Ph.D. scientist, wrote 101 evidences for a young age of the earth and the universe. This is very easy to find if you can get an internet connection, even at your local library, because its URL is creation.com/age.

I think you are referring to the known variations in radiometric decay. However, there is good evidence for an episode of accelerated decay. This is from evidence that much decay has happened in a sample, but there are clear constraints on the time frame over which this occurred. For example:

And even if there is no conclusive mechanism yet known for accelerated decay, this doesn’t disprove the existence of the phenomenon that has been documented above. Many scientists have discovered the existence of a phenomenon long before anyone could explain how it occurred. But accelerated decay is not the only issue. Even if the rate was constant, there are other assumptions:

14C in diamonds is an example of granting all the assumptions behind radiometric dating, and coming up with a ‘young’ earth.

A good example is 14C (radiocarbon). The best possible system that avoids contamination is diamond: an allotrope of carbon that’s the hardest substance on earth (apart from the human heart). And these are claimed to be over a billion years old. Yet 14C has a half-life of only 5,730 years. This means all should have decayed to below the detection limit if the diamonds were really as old as claimed. So this puts an upper limit to the age of the diamonds, and thus the rock they are in, to about 100,000 years. Note, upper limit, not age! This is an example of granting all the assumptions behind radiometric dating, and coming up with a ‘young’ earth. So, here are the alternatives, and you can pick only one:

Of course if you want to claim 2, then you can no longer use 1 an argument! There is much more in the enclosed article Diamonds: a creationist’s best friend: Radiocarbon in diamonds: enemy of billions of years (online at creation.com/diamonds). See also the enclosed article How dating methods work (not about how boys meet girls, but about the age of things and how we can tell), by yet another Ph.D. scientist, also online at creation.com/dating-flaws.

A couple of other things you claim are just plain wrong, sorry. Atomic clocks are NOT based on radioactive decay, which is a phenomenon involving nuclear energy levels, but on changes in electronic energy levels. Sure, in the hyperfine structure involved, the energies are affected by the magnetic field of the nucleus, but the nuclei are not decaying.

Tree growth rings are not necessarily annual. In dry climates, such as those in which bristlecones grow, each heavy rainfall can produce a new ring.

And diamonds are definitely NOT always turning into graphite at the same rate. The rate of conversion is strongly dependent on temperature and pressure. High temperatures exponentially speed up conversion rates. At room temperature and pressure, there is no measurable conversion at all, because the activation energy is so high. So any conversion requires high temperatures so the carbon atoms can overcome the energy barrier and rearrange. Also, the direction of conversion is strongly pressure dependent, because pressure favours the denser phase, which is diamond. I.e., at high pressure, graphite turns into diamond.

In fact, this phenomenon is another indicator of extremely rapid processes: diamonds must be produced at high temperatures and pressures 100–200 km inside the earth. But then they must transported supersonically the surface, in extremely violent eruptions through volcanic pipes. If they were transported slowly, the diamonds would anneal back to graphite. This means they must be quenched in their high-pressure phase.

A paper by three more Ph.D. scientists3 can be summarized as follows:

You claim: “At one time church officials said we had to believe the earth is flat to believe the Bible.” You are simply mistaken here. The Church always taught a global earth. E.g. in the 13th century, the famous Thomas Aquinas was discussing how we prove things, and picked as his example something he thought was obvious and non-controversial: the global earth. No doubt you have been taught the lie that everyone laughed at Columbus because they thought he would sail off a flat earth, and Columbus proved a spherical earth. Nope, never happened, because there was nothing to prove. This is well known to real historians, even if the facts haven’t filtered into our government school system. So clearly these devout Christians never saw the Bible as teaching a flat earth. See also the enclosed paper, The flat earth myth (also online at creation.com/flat-earth-myth).

We also comprehensively refuted claims of flat earthers and proved a global earth in a paper which you can find by typing refuting flat earth into a search engine. This includes a big section Refuting “200+ flat earth Bible verses”.

Your last assertion is, “I can’t help but notice that you did not address the real evidence for an old earth in your article.” Maybe not (I can’t tell because I have no idea what article you mean), but we most certainly do in other articles. For example, Geology and the young earth: Answering those ‘Bible-believing’ bibliosceptics enclosed, online at creation.com/geol-ye. You can’t expect a single article to cover everything, but we have 13k articles on the site!

And we haven’t even touched on why the Bible can’t be logically mixed with billions of years. Plenty on creation.com about that too. [See Related articles and Further reading below.] 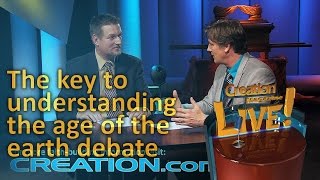 The key to understanding the age of the earth debate 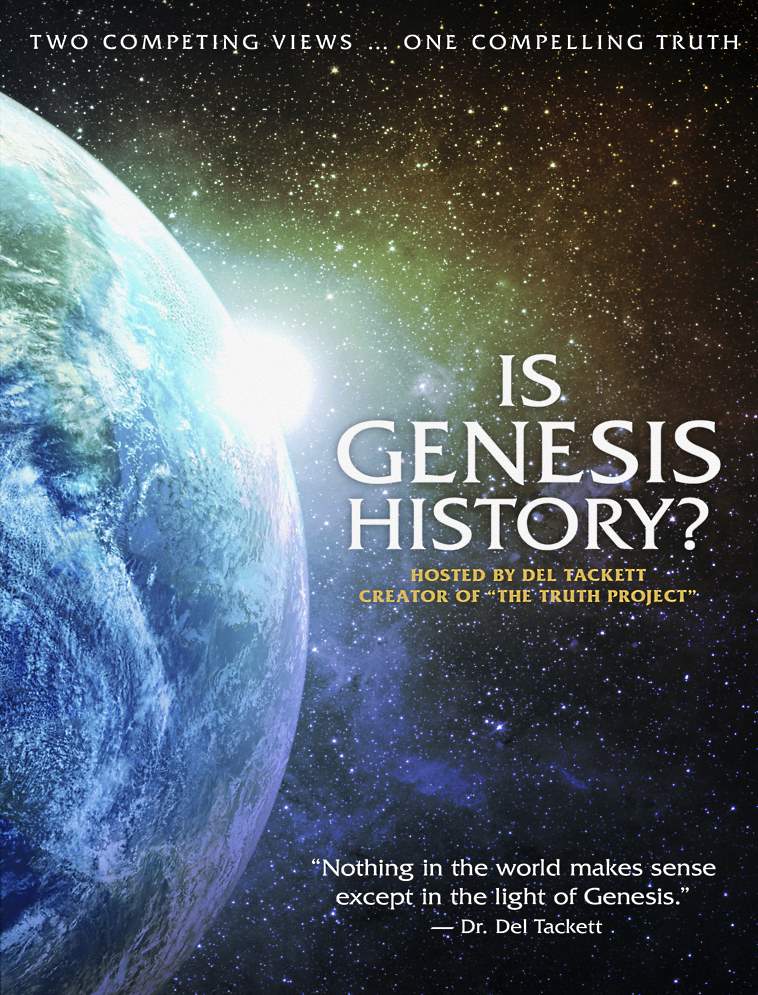